July 11, 2016
Hi Y'all!
So my kids love picking up feathers EVERYWHERE despite me telling them that they are gross and full of germs.  Don't get me wrong, feathers are nice and all but my children like to rub their eyes and put their fingers in their mouths immediately after touching everything.
Regardless I decided to make lemonade with some lemons that they brought home. 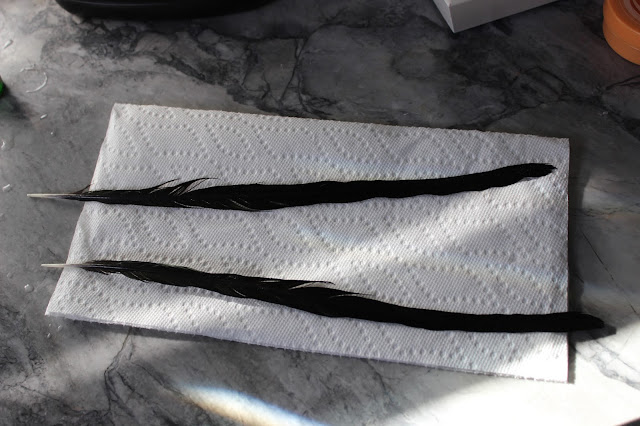 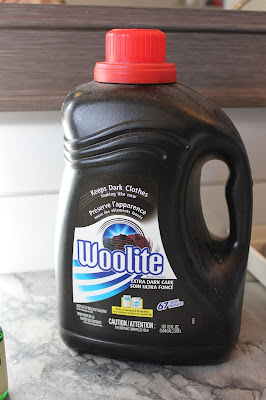 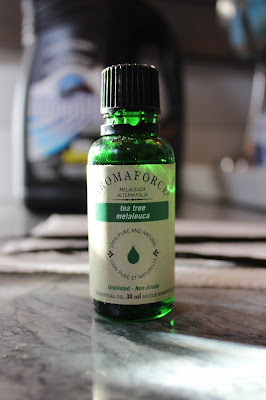 These are
magpie feathers, yes the same birds that like to rip apart my garbage  so I definitely needed to clean and sanitize them.
I did so with some tea tree oil I already have on hand for baths and Woolite gentle detergent.

I had a couple of picture frames that I had bought on sale from Chapters Indigo on sale for $11.  I had to trim the matting on them with an exacto knife so that the feathers would fit nicely inside the frame. 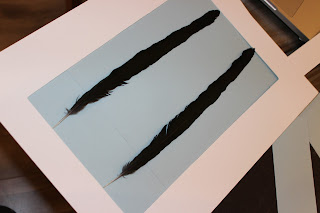 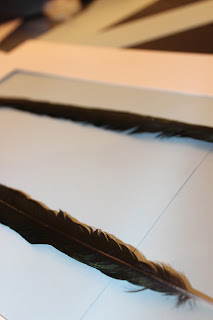 Since I had two frames I thought that it would look nicer if I could display them with some sort of symmetry so I found some gold lettering from Michael's for a quote in the other picture frame (later I found the exact same lettering at Dollarama for a lot cheaper). Michaels always has a coupon for in store discounts.  I receive their emails often so I rarely pay full price for their art supplies.
I love this quote since it can be around for a long time after my kids reach puberty. 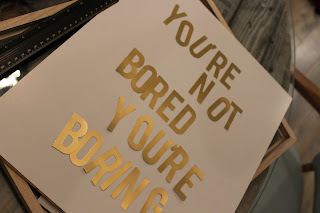 You're not BORED, you're BORING 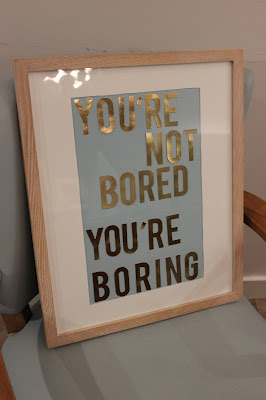 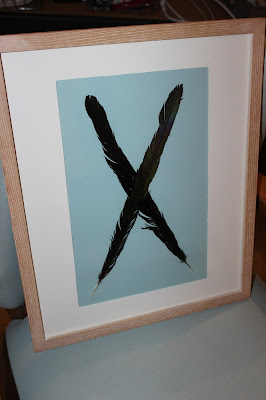 These pictures do not do these feathers justice they have this glossy green iridescence to them that look so beautiful when they catch the sunlight. 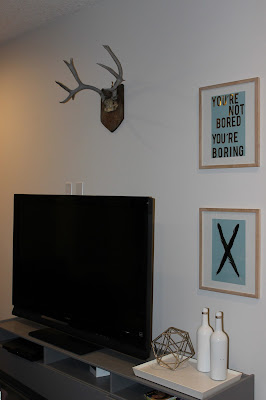 The clock is Umbra from Winners/Homesense, antlers were from a pile of junk at my in laws and the TV stand is from Ikea similar one here. 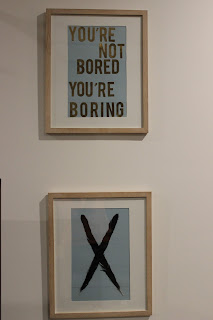 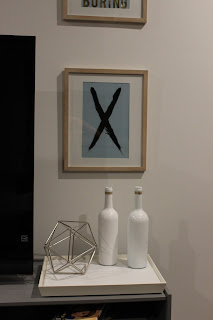 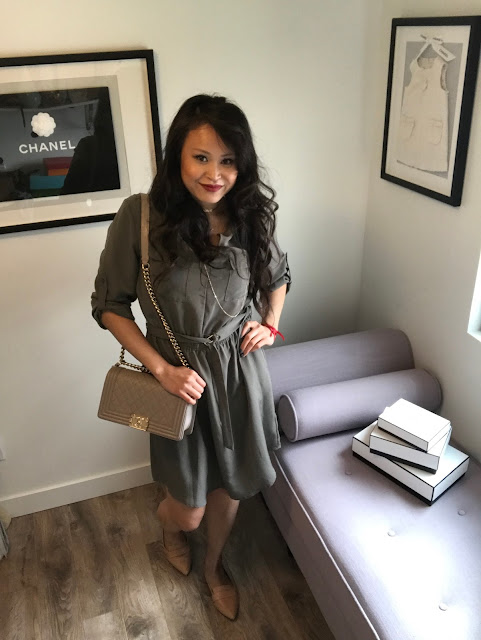 Olive is a Neutral

Why this outfit works Dress: -army and olive greens really work with my medium skin tone -the masculine aspects of this army shirt dress is offset by the thin dainty jewelry -the belt in this shirtdress adds some shape to my boyish figure -shirt dresses are soooo comfy especially polyester ones that don't need to be ironed What kind of undies do you wear with a dress like this?   -I specifically bought a smooth army green shelf bra for this dress (padding can be removed since the pockets give sufficient nipple coverage) Accessories:  -nude purse and pointy flats go with pretty much anything -the point in the flats work very well for my wide feet and my elongated middle toe but they would work for regular foot widths as well Similar dress here  and here . Similar look  here   and here . Similar nude shoes here and here (you can remove the strap for everyday). Similar layered necklace  here  and I love 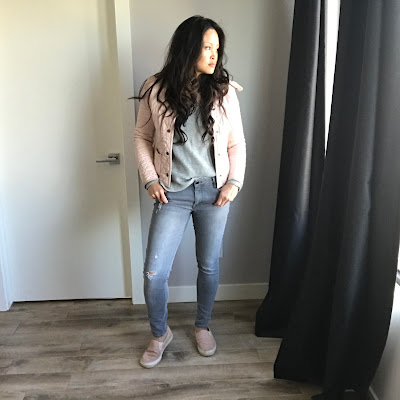 Hi friends! So I started breaking down my outfits to explain why they work and what body types each piece would work on.  Please let me know if you would like me to continue doing this. Breaking down the outfit; Jacket:  -This is a classic quilt boxy jacket with a hood.  It seriously makes me feel like I'm 5 years old walking to school when I wear it.  Maybe because my daughter have matching ones! -I have broader shoulders so I really wish that I got this jacket larger so that I can fit bulkier knits with it.   -the jacket is cropped so it as a preppy vibe.   -blush pink really makes all skin tones look good see links below for similar looks. Top: Basic V neck sweater looks good on everyone.  Just be careful that the "V" is deeper to offset wider shoulders like mine.  For narrow shoulders a smaller "V" opening is ideal. Jeans: Skinny jeans look good on all body types.  You just have to find the right pair with pockets on the back to 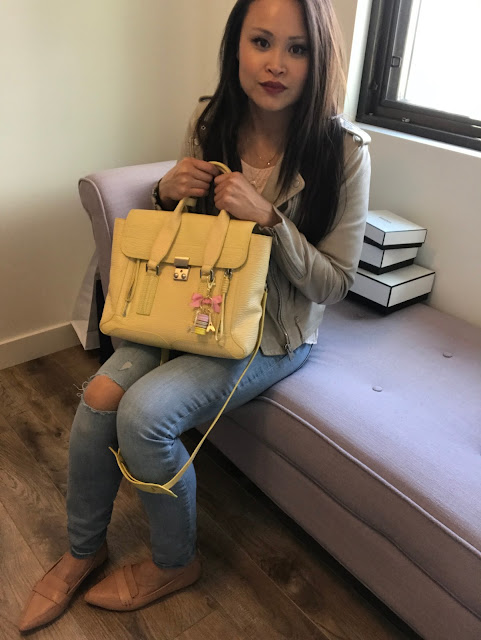 Hi!   I'm almost back into the swing of things, as my kiddos are back in school and I have sorted out my schedule somewhat.  My problem is being able to say no my my girls.  My eldest in particular seems to want me for every school function and activity.  Anyhow, here is a light outfit post for the gloomy weather that we have been having. Breaking down the illusion; Whole outfit -Despite this outfit having three colours, the pink top, blue jeans and yellow purse this outfit works because all of the colours are muted pastels. Top: -the jacket tapers at the bottom creating the illusion of a waist -the top is a little bit longer than the jacket which is nice because I like to be conservative with my mid section since I always have a food belly. -what do you wear with a light flowy thin top?  Nude shelf bra because I don't/cant fill out a regular bra so my shirts always collapse between the padding and my skin Bottoms: Skinny jeans look good on pretty m